Kota Bharu is the riverside capital of Kelantan, a rural state in the northeast of Peninsular Malaysia. It is the land of museums and cultural experiences. Over 70% of the population is Muslim. The Kelantanese Malay is the predominant ethnic group, and speak a branch of Malay called Kelantan-Pattani Malay that is exclusive to the state. The Chinese, Indians, Thais and native Orang Asli make up the rest of the demographic. Isolated by mountains and rainforests separating the state from the rest of Malaysia, a car rental Kota Bharu can bring you into the enigmatic depths of this faraway Malaysian city along the east coast. Start your journey by picking up your car rental at the Kota Bharu Airport.

Alternatively, if you are driving to Kota Bharu from Kuala Lumpur, take the Karak Highway, exit Bentong town and drive along the Kuala Lumpur-Kota Bharu Highway. Enjoy the drive into the depths of the Malaysian rainforest. It should take you 6 hours.

If you are departing from Penang and examine the map, you will notice that it is counterproductive to drive all the way back south to Kuala Lumpur and then only to head east by taking the Karak Highway. Rather, take the East-West Highway (also widely known as Gerik-Jeli Highway, Kulim-Baling Highway and Titi Karangan-Gerik Highway), a wide, well-maintained and scenic route that promises to be a great drive. The drive is slightly longer at about 10 hours, but many attractions await along the way.

The state of Terengganu is situated next to Kelantan, along the east coast of Malaysia. Kuala Besut is the gateway to the Perhentian Islands and is located 50km south of Kota Bharu. Rural Malaysia does not offer much of a choice when it comes to public transportation, making getting a car rental Kota Bharu an absolute must. 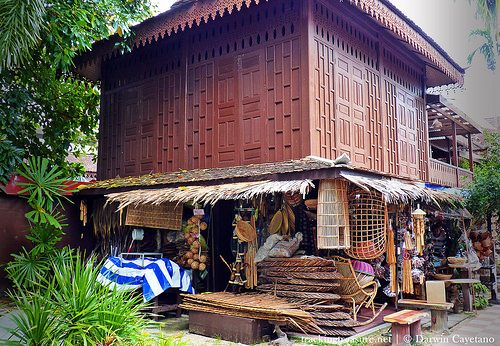 Kota Bharu is home to many popular museums, some of the notable ones are:

Most of the museums are open everyday except Fridays from 8.30am to 4.45pm.

If neither of the museums above pique your fancy, how about visiting the Pasar Siti Khadijah, the Central Market of Kota Bharu crowned with a glass dome? It is one of the most colourful markets in Malaysia that is brimming with life. The Central Market building is an octagonal building that is usually busy in the early hours of the morning. The ground floor is home to vendors selling fresh produce, while the top floors are home to people selling spices, brassware, batik and other goods. The first floor houses an array of food stalls that is a popular haunt for locals looking for breakfast or lunch. Be sure to act like the locals do and visit the market early to catch the action live! Most of the stalls would have packed up by early afternoon.

If you arrive Kota Bharu later in the day, worry not as there is a Pasar Malam (Night Market) that opens in the evenings at the square near the Central Market. Plenty of local foods such as Nasi Kerabu and Ayam Percik awaits.

For nature buffs, the Stong Waterfall boasts one of the longest drops in Southeast Asia, with a height of 990 metres. The proximity of city to the coastline also means beaches are within reach with a car rental Kota Bharu. Some of the notable ones are located at Bachok, namely Pantai Perkasa, Pantai Sungai Dua and Pantai Kandis.

Here are some pointers for you when visiting Kota Bharu

Be prepared to explore another facet of Malaysia with a car rental Kota Bharu!

Rent a Car with Hawk Now