Miri is the oil town of Sarawak. The lure of career opportunities in the oil and gas sector has prompted expatriates to populate the city otherwise dominated by Dayaks, Iban, Kedayan, Bidayuh, Melanau, Chinese, Malays and more. By tradition, Miri is not a tourist hotspot as compared with other Sarawakian cities. However, it is the key transport hub of Sarawak, and receives an influx of visitors coming from Brunei, Sabah, the Kelabit Highlands or the national parks of Gunung Mulu, Niah or Lambir Hills. If Miri is your first stop, then a car rental Miri can take you to your desired destination in any of the amazing locations in Borneo. 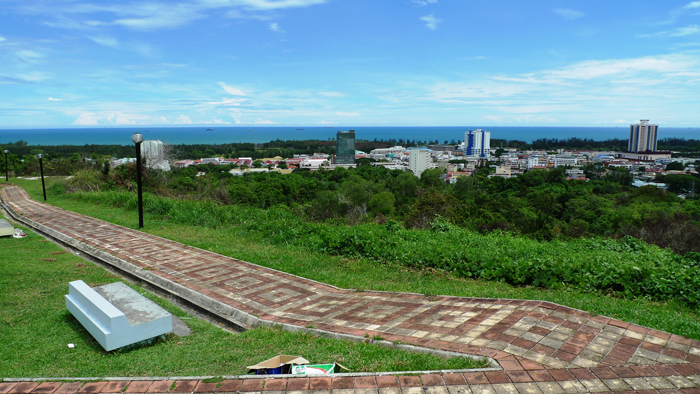 Miri offers a cosmopolitan vibe in the otherwise laid back lifestyle that is prevalent in East Malaysia. Those who crave the comforts of modern establishments will be pleased to know that most of their wants can be satiated in this trendy part of Sarawak. If you have just emerged from the depths of Borneo’s rainforests, energize and recharge yourself in the urban groove of Miri. 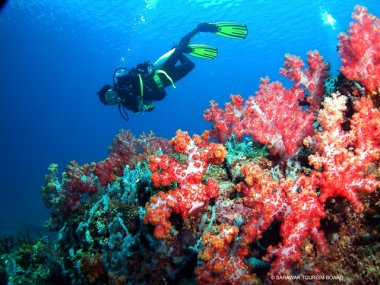 Did you know Miri is a very popular option for divers? You can be off the plane, hop in a car rental Miri and be in the water two hours later. It is that easy! According to Sarawak Tourism, Miri is a popular dive destination due to an abundance of pristine patch reefs. The Miri-Sibuti Coral Reefs National Park, lying at depths ranging from 7 to 30 metres has an average visibility of 10 to 30 metres. There are also some interesting wreck dives. The nearest dive site is a mere ten minutes from the marina bay jetty. Local dive operators offer certification programme as well.  Water temperature at the start of the season is normally 26 to 27ºC but can be as low as 23ºC at depth, as the NE monsoon still brings in cold water from the northern Pacific. By May the water temperature reaches the more normal 29 to 30ºC.  The best time to dive is from late March through November each year.  The diversity and accessibility of corals and other marine life on the reefs is amongst the best in the region.

Car Rental Miri to Start Journey to the Heart of Borneo

If you are wondering which part of Borneo to start your journey, Miri is a good choice. The price of petrol is affordable thanks to the abundance of oil resources in this part of Malaysia. Loading up a full tank of petrol in your car rental Miri can take you to the many national parks scattered across the whole of Borneo. Many adventurous souls also opt to pick up the car rental Miri, drive to another East Malaysian city of their choice and fly out from there. With our one-way transfer options, that is a perfect complement to your itinerary.

Although Miri is a cosmopolitan city, the public transport infrastructure is nowhere near as developed as Kuala Lumpur. Hailing a taxi is virtually impossible as they can be pretty elusive. Save yourself the hassle and book a car rental with Hawk now!

Book a Car with Hawk Now!